As someone who has been in some form of the mental health profession for 17 years, I frequently get comments and questions about my job. One of the most frequent comments I receive is in the vein of "I couldn't listen to people's problems/complaining all day." For me, I don't see myself as listening to problems all day and it is very rare that I have clients that incessantly complain. Truly. I am someone who, along with many others in mine and related fields, treats mental health disorders, which includes mild, moderate, and severe depression. Before you feel exempt, know that you have probably qualified to seek the services of a mental health professional at some point in your life. Anxiety and depression especially are VERY common in the good 'ol USA. I thought with this little blog, I would give out some general info on mental disorders, and specifically, depression. The following excerpt was taken directly from the National Institute of Mental Health (NIMH) website:

In the U.S., mental disorders are diagnosed based on the Diagnostic and Statistical Manual of Mental Disorders, fourth edition (DSM-IV).4

Depression is a cluster of symptoms that affect general arousal systems and impacts sleep, appetite, attention, motivation, mood, and energy. Depression can be a feeling. For example, it is a common feeling experienced after a loss. It is often not caused by one specific thing and it strikes all people in all walks of life. The depression I am talking about here though includes feelings (depression, sadness, irritability, and guilt), changes in sleep and appetite, lack of motivation and interest, inability to focus and concentrate, physical pain, loss of hope and self-confidence. It is not uncommon for one to feel suicidal (as a loss of hope is a symptom of depression, many experience a false reality that things won't improve and they find their despair intolerable). Please note that these feelings are more than false beliefs that one cheery friend can just talk them out of, it is how they experience their world. The very systems that get impacted by depression are the very ones that one often needs in place normally to seek treatment and/or healthy environments. This is often not the case in other conditions. It can therefore easily become a vicious cycle. Depression is a disorder than can be treated.

There is so much to depression, whether it is the varied types of treatment, research on its causes, the public response to depression or those that are depressed, etc. I figured I would just start the ball rolling with some general info and will follow up with more on depression. Stay tuned.
Posted by Sarah Matheson at 1:50 PM 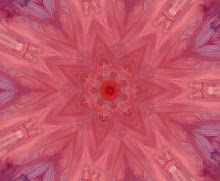